New: We now support orders via 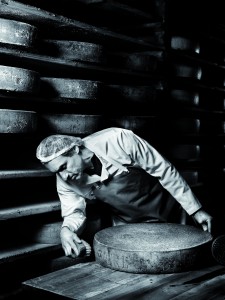 The idea of the Sélection Rolf Beeler was to conquer foreign countries with a selection of the finest Swiss cheese, with Rolf Beeler’s name as the guarantee of superior quality. In 1998, the “Sélection” was presented for the first time at the ‘Salone del Gusto’ international Slow Food festival in Turin, Italy, where it gained wide recognition. Today, the Sélection Rolf Beeler can be found on the menu in more than 120 top of the range restaurants in Germany, England, Switzerland, the USA and Australia, among them famous names such as “The French Laundry” in California or “Joel Robuchon” in Las Vegas. Unsurprisingly, the “Sélection” range has already won a number of international prizes. For Example in the USA 17 of the 18 cheeses from the Sélection were awarded 90 points – outstanding – by Max McCalman, the ‘Robert Parker’ of cheese.

Find out more about Rolf Beeler on his own Swiss website.